The Charity ‘Keep Britain Tidy’ organised The Great British Clean Up to run from 22nd March 2019 to 23rd April 2019. This is to raise awareness to the amount of litter clogging up the roads and countryside of Great Britain.

A local volunteer group called The Pickup Artists (Keeping Kidderminster and surrounding areas clean) have taken on the challenge.

Following on from this 10-year-old local girl Chloe has been out every day picking up litter from the verges and footpaths locally.

Her challenge was to clear her route of litter from Home to Her School in the 33 days of The Great British spring Clean. She has previously been out with her mother on numerous litter picking events with the Pick Up Artists. Every day she would ride in the car to school and would see the amount of litter along the road on the way and pledged she would do something about it. When she heard about the Great British clean up she promised herself that she would clear the 5.3 mile run to her school.

The purpose of the BCyA (A British Citizen youth Award) programme is to recognise individuals that are making a positive contribution to their community, society or chosen cause, in the hope that it encourages them to continue and others to emulate their good deeds. It is important to the BCyA that young people are recognised as widely as possible for the good that they do, to help change perceptions of young people often portrayed negatively in the media. BCyA recipients are all extraordinary young people from across the country who have a commitment to improving the lives of others. They come from all over the country to be honoured at The Palace of Westminster.

The Pickup artists are extremely proud of their litter Junior pickup artist. 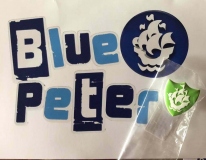 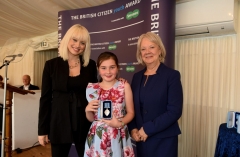 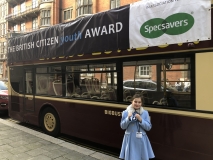 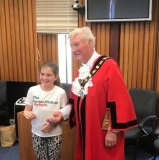 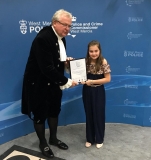 Watch her video success below 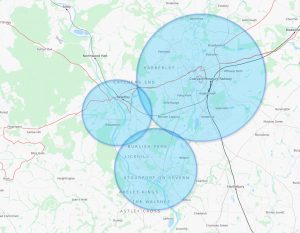